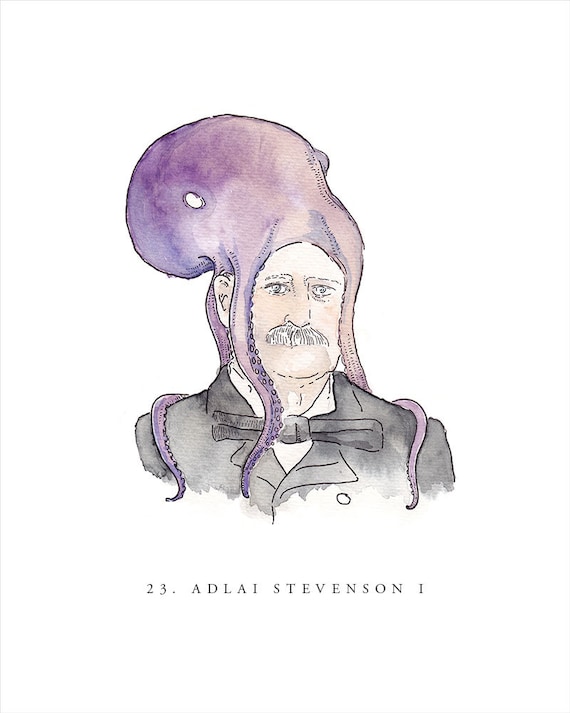 In my first installment of "Stuff I Love," I introduced you to Hottest Heads of State and Senator Dracula. That probably led you to wonder, "Jennie, what other intelligent yet humorous things do you love?"

I'm so glad you asked, because I tell people about this next one every chance I get (which admittedly isn't often). 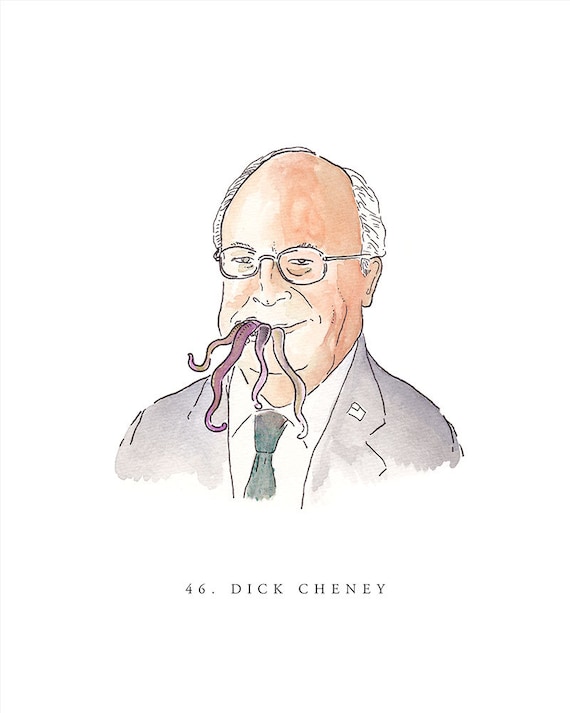 The hardest part is deciding which one to get.

I wanted them all but instead of making a hasty decision, I sat on it for a few days. Then I wondered if I could commission Jonathan Crow, the artist behind Veeptopus, to make me some president/strange animal mash-up. He said he would, so I asked my kids for suggestions. I thought William Howard Taft riding an anteater would be fun. My oldest son wanted something about Teddy Roosevelt and a seahorse. My daughter suggested Abraham Lincoln with a flamingo's head poking out of his stovepipe hat.

I submitted all three ideas to Crow, and he said the Taft/anteater combo sounded the most appealing, so I told him to go for it.

A day or two later, he emailed me a draft of Taft on a badger and asked if that was okay. I had my heart set on an anteater, though, so I asked him to redo it. (Turns out we were both wrong and it should have been an opossum.) So he created a painting of Taft riding an anteater, and it now hangs proudly on the wall in our sitting room. ("Sitting room" sounds nicer and more historic than "this extra room without a clear purpose that came with the house")

I guess Crow liked Taft, because he went on to create a whole series of Taft/badger scenarios. 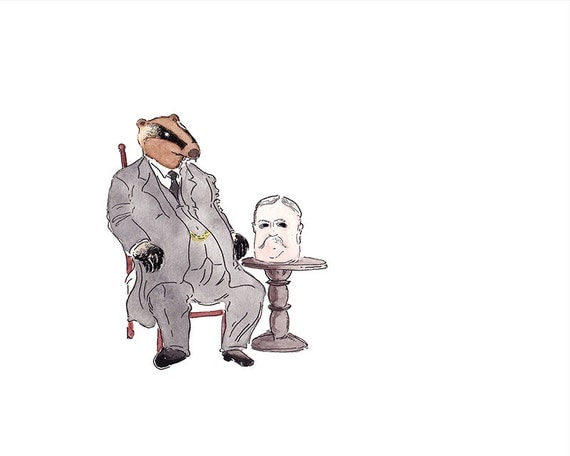 He also painted this picture of Taft and anteaters flipping someone off, and I can't help but wonder if he painted that after I told him to change the badger to an anteater. I'm gonna go ahead and take credit for this one. 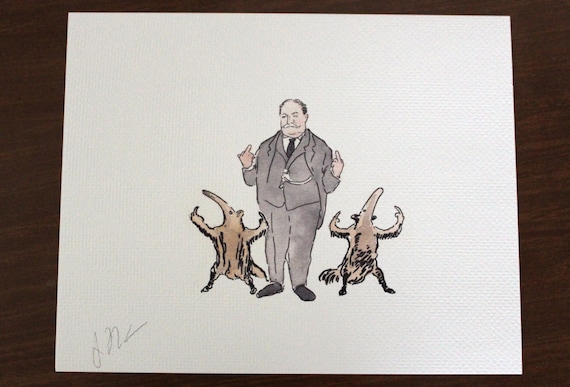 Crow has also expanded his repertoire to include cyborg Supreme Court justices... 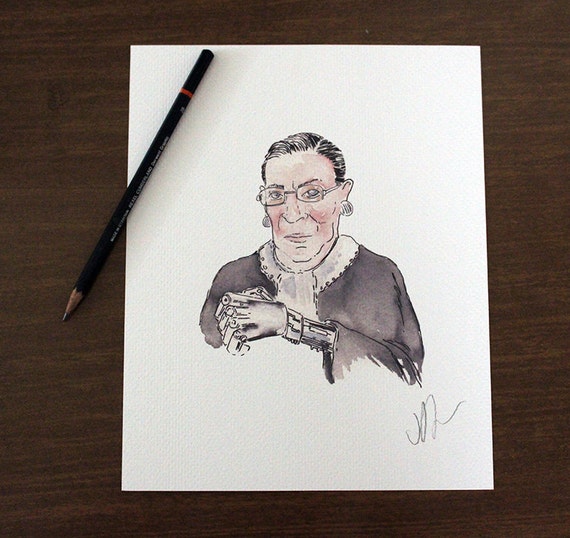 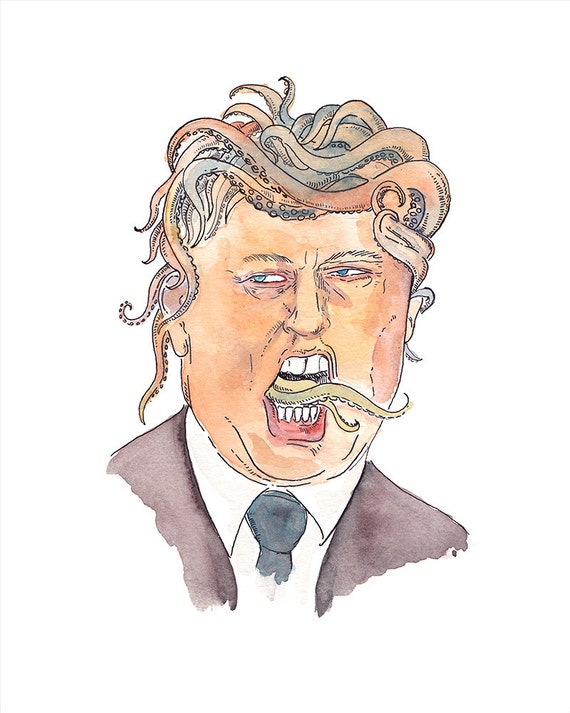 If you're looking for a unique gift for the marine biologist in your life or your favorite presidential blogger, a Veeptopus print would be perfect. Veeptopus also sells note cards, which would be great for impressing or terrifying your child's teacher.

I should state that these opinions are mine and I was not in any way compensated for this post. I send Veeptopus money, not the other way around. (Although if he ever pursues the Lincoln/flamingo thing, I'm demanding a copy for generating the idea.) I just wanted everyone to know the glory of cephalopods perched upon famous politicians. You're welcome. 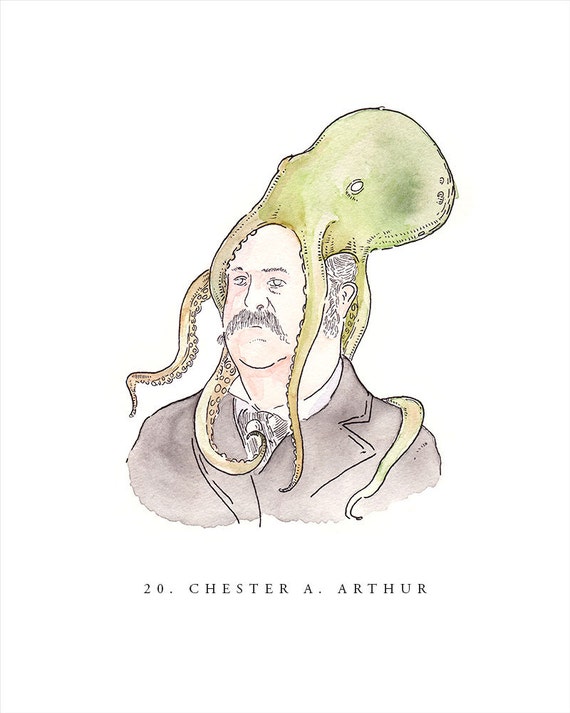 Posted by Jen Presidentress at 5:59 AM

Email ThisBlogThis!Share to TwitterShare to FacebookShare to Pinterest
Labels: Stuff I Love