It's spring, and that means it's time to revive that great American sporting tradition: Hooverball! All right, maybe it's not quite as popular a game as baseball, but I'm determined to get it there.

I had heard the term "Hooverball" before, but I didn't really know the details until I looked into it a couple weeks ago. (There was probably information about it at the Hoover Presidential Library and Museum, but we were in a hurry when we visited and must have inadvertently skipped over it.)

Basically Herbert Hoover's doctor, Joel T. Boone, was looking for a way to get the president into better shape. Throwing around a medicine ball is a great way to do that, but it's also boring...unless you make it competitive. So Boone created a three-way lovechild between medicine-ball-throwing, tennis, and volleyball. The result was Hooverball.

The playing surface is the size of a tennis court, with an 8-foot-tall volleyball net dividing the sides. Teams of two to four players follow the rules of tennis rules in terms of serving, returning, and scoring. The main difference is that instead of hitting a small fuzzy ball with a racket, players catch and release a 6-pound medicine ball. You can find the full rules here.

Hoover and various government employees would play Hooverball every morning on the White House lawn. They would assemble at 7 a.m. and play until the whistle of a nearby factory blew at 7:30. They were serious about this, too: Except for Sundays they played every morning (even holidays), sun, rain, sleet, snow, or hail. On the rare occasions the weather was too bad, they played in the White House gym.

Most people have never even heard of Hooverball, let alone played it, but the Hoover Museum in West Branch, Iowa, has a national tournament every year. The participating teams have largely been local to the West Branch area, but the recent Crossfit phase has resulted in a resurgence of Hooverball among people who like heaving heavy things, so the sport is seeing renewed interest from other locales.

Now, I'm not big on exercising. I go through phases where I'll force myself to sweat through exercise videos for a few weeks at a time, and I was almost successful in taking up running last year, but organized sports have never been my thing. I want to give Hooverball a try, though. In fact, I need to give Hooverball a try, but not with Crossfit people because they're intimidating and I'm weak.

That's why this summer I'm enlisting my cousin Christina to play Hooverball with me using a ball and a badminton net in my back yard. She's actually pretty fit and runs a lot and lifts weights (she blogs about it), so she'll probably kick my ass, but that's okay. 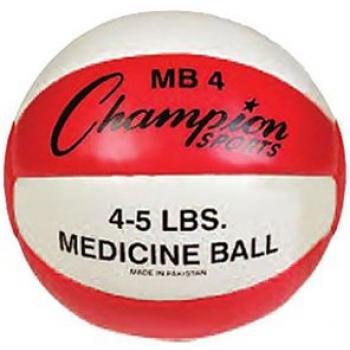 I'm already scoping out medicine balls on Amazon. I was excited about this one because I thought it said "Millard" (as in Fillmore) but then I realized it says "Milliard." I'll probably go with this one because it looks old-school, like something Hoover would have used. (I'll start with four pounds, because I'm not crazy.)

I need ideas for team names in case I decide to make us t-shirts. (To be honest, I'm a lot more likely to make t-shirts than to take up Hooverball on a regular basis.) If you have ideas for some Herbert-Hoover-inspired names, suggest them below, on the Presidentress Facebook page, or on Twitter.

I'll update in a few months once we've played our first match.
Posted by Jen Presidentress at 7:02 AM 2 comments: