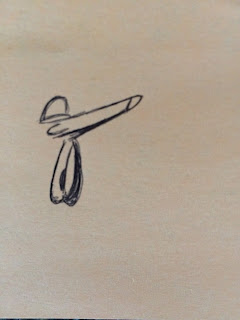 I need to start by apologizing in advance. To all of our dead presidents, to my friends, to my family, to you, to humanity: I am deeply sorry.

I've been thinking about this post on Presidential Penis Nicknames for longer than I care to admit. In many ways, the idea for this post is what spurred the creation of this blog in the first place. You see, a couple years ago a friend of mine sent me a message on Facebook asking if Warren G. Harding had sex with his dog.

Ordinarily I'd be shocked by such a suggestion, but I knew the basis of the question. Jon Stewart had recently done a segment involving Harding, and he very matter-of-factly implied that Harding used to have sex with Laddie Boy. I want to say that Stewart was clearly kidding, but apparently this one seemed, somehow, almost plausible?

Nonetheless, I assured my friend that although Harding and Laddie Boy were very close, they did not (to the best of my knowledge) have sex with each other. I did take the opportunity to tell her that Harding had nicknamed his penis "Jerry" because I never pass up opportunities to mention that. She asked if I knew the nicknames of other presidents' penises, and that led to a flurry of speculation and also to the realization that I needed a blog.

So here we are.

As it turns out, we do know the nicknames for two presidents' penises: Harding's and Lyndon Johnson's, referred to as "Jumbo" of course. The rest are shrouded in secrecy, as they should be. But that doesn't mean I can't take a guess. It turns out that the presidents' own nicknames often make great penis-names. Sometimes campaign slogans or important events during their administrations work. You get the idea.

So...I made a list. Note that I have not included any living presidents because: 1) It feels wrong (not that Clinton's hasn't gotten plenty of press), and 2) I didn't want to think about Donald Trump's penis. Most of these should be relatively self-explanatory, or at least easily searchable, but in a few instances I've included links. Some presidents' willies get two nicknames because how can one choose between "Old Public Functionary" and "Ten-Cent Jimmy" for James Buchanan's bits? And just to be clear, one of William McKinley's nicknames really was Wobbly Willie.

There you have it. I almost hate to ask, but feel free to submit your own nicknames and maybe I'll consider them for an addendum or something.
Posted by Jen Presidentress at 6:13 AM