I made a Twitter account for Presidentress a few weeks ago when I learned there's a guy who tweets as Richard Nixon, just like Nixon would if he were alive and tweeting, though probably with fewer expletives.

I didn't do much with the account until a few nights ago when I time-delay-tweeted about the most recent Republican debate. But being a relative Twitter neophyte, I forgot to hashtag. Oh well.

I did get a couple retweets anyway, like about my observation: Marco Rubio is like the guy who looks like he'd be the life of the party, then turns out to be a major buzzkill.

Anyway, if you don't want to miss out on gems like that for future debates, follow Presidentress @MsPresidentress. (Someone had already taken @Presidentress and numerous variations thereof.) 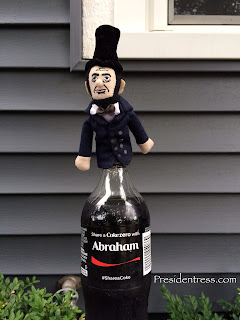 Posted by Jen Presidentress at 8:03 AM