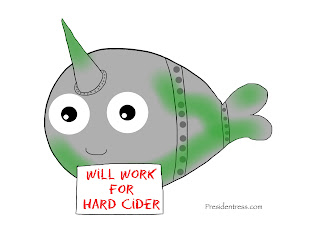 If this inspires you to create some presidential anagrams of your own (or if, by some chance, you already had) please share any good ones!
Posted by Jen Presidentress at 7:57 AM 1 comment: