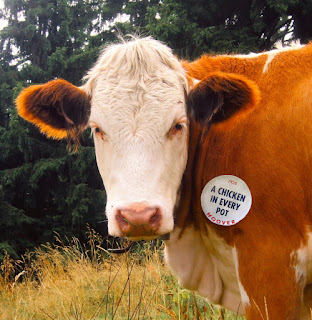 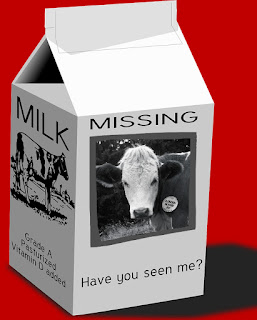 Win an Autographed Copy of "Hottest Heads of State"!

***Update! This contest is now closed. The winner is Brittany S.!***

A while back, I brought you a review of the hottest new book of the year: Hottest Heads of State. If you're not familiar with it, the book is essentially a teen-heartthrob-magazine of U. S. Presidents, but with actual information and a lot of humor. (It should be noted, though, that while it mimics a teen magazine, the book is intended for adults, not actual kids. One might think this designation would be obvious, but I was in Washington, D.C., shortly after the book was released and found it shelved in the children's section of a fairly major institution. I'm looking at you, National Museum of American History.) 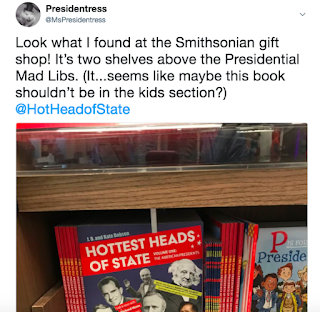 If you like American history and you like laughing, Hottest Heads of State is the book for you! The review linked up above goes into more detail, so read it if you need more convincing. (And if you're too lazy to read the review, that might indicate you're also too lazy to read the book, but I'm not judging.)

I'm pleased to announce that I have a copy of Hottest Heads of State to give away to one lucky winner---and it's autographed by the authors, J.D. and Kate Dobson!

There are several ways to enter, as outlined below. If you don't want to take your chances on winning a book for free, you can pay money for one right now on Amazon. Again, not judging.

a Rafflecopter giveaway
The Fine Print/Terms and Conditions

1. This contest is open to humans age 18 or older who have a U.S. mailing address.
2. Members of my household and my immediate family are ineligible.
3. My cousin Christina is also ineligible because I already gave her a copy and she's not going to get another one out of me.
4. The contest runs from 12 a.m. Eastern April 4, 2018, to 12 a.m. Eastern April 11, 2018.
5. A winner will be chosen at random within 72 hours of the end of the contest and will be contacted based on information provided when entering. If the winner does not respond within 7 days, a new winner will be chosen.
6. The book will be mailed via USPS within a week of my receiving the winner's address. The book will probably be sent media class---it depends on how much postage is. Maybe the winner will luck out and I'll send it Priority.
7. I'm not responsible for the prize once it leaves my possession.
8. This contest is void where prohibited by law. No purchase necessary. Always wear sunscreen.
9. This autographed copy of Hottest Heads of State was provided to me by the authors for the purpose of this giveaway. I have not received compensation to run this giveaway or for my review.


Posted by Jen Presidentress at 5:08 AM No comments: 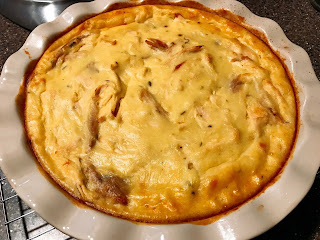 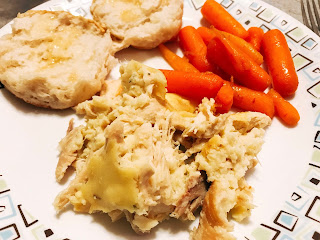 This isn't a fancy dish, but it's a hearty one, and it's worth checking out if you want to make something George Washington might have eaten. (And trust me, there are a lot of things he would have eaten that sound---and probably taste---a lot less appealing than "chicken pudding.")
Posted by Jen Presidentress at 9:14 AM 1 comment: