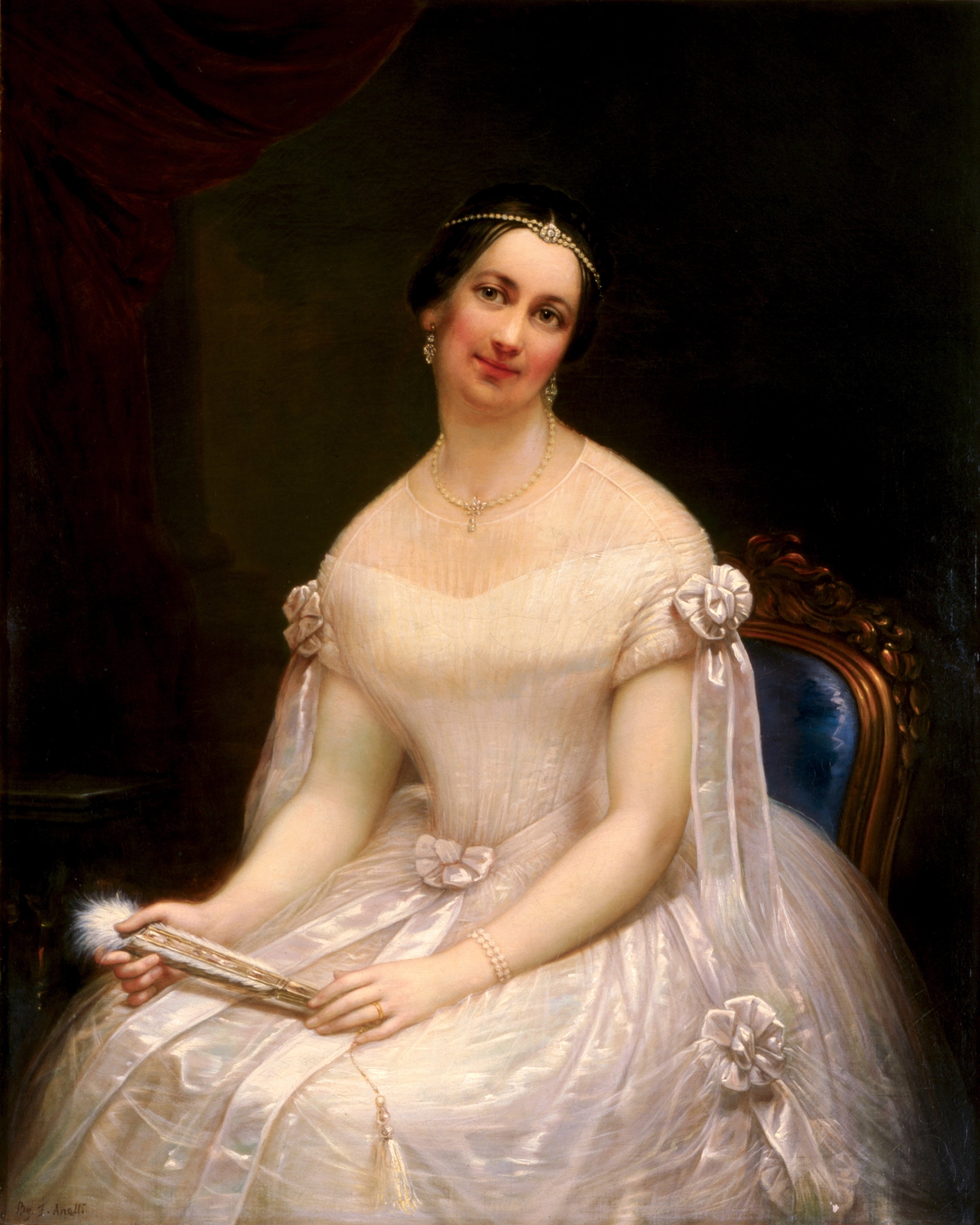 When I was in Ohio a few weeks ago, I decided to make a stop at the National First Ladies' Library in Canton, just down the street from William McKinley's memorial (more on that in another post).

I signed up for a tour, which consisted of a brief movie and a temporary exhibit in the library, then a trip a few buildings away to a home that Ida and William McKinley had lived in. While I was waiting for my tour to begin, I texted my friend that I hoped we didn't have to go around and name our favorite First Lady because I didn't really have one. My friend texted back, "Eleanor Roosevelt," and yes, of course that's the right answer. She's the Abraham Lincoln of First Ladies for good reason, but she's also the obvious choice and I like to shake things up a bit. The problem is that although I know about several other First Ladies, I don't love any of them (other than Eleanor).

The movie and exhibit were about "Forgotten First Ladies." I found this weird because it seems like almost all of the First Ladies are "forgotten" ones. Even those who aren't forgotten are often remembered more because of their association with their husbands (Martha Washington, Mary Todd Lincoln) than for their own contributions. Who else does the general public know? There's Dolley Madison, who earned her spot in the collective memory by saving artwork during the War of 1812; Eleanor Roosevelt, who was an activist and was amazing in her own right; and Jackie O, who was glamorous and tragic. And Hillary, for obvious reasons. But at this point even the most recent former First Lady (Laura Bush, remember?) has fallen out of the public consciousness.

Anyway, I guess the museum decided to focus on the really-really forgotten First Ladies, like Anna Harrison and Margaret Taylor. Remember them? No. Honestly, a couple weeks after viewing the museum and exhibit...I hardly remember anything about the 14 women they highlighted. Except Julia Tyler.

Dedicated readers might remember that Julia Tyler is the one who insisted on being referred to as "Mrs. Presidentress," which was one of the inspirations for naming this blog. That's not the only cool thing about her, though.

Apparently she was very attractive, which isn't notable in itself, but as a young lady she humiliated her family by posing as the model for a hand-drawn advertisement. The ad was for a dry-goods store and was not at all risqué, but at the time modeling was not considered a respectable profession, so the family sent Julia and her sister off to Europe for a few months while their embarrassment subsided.

Julia's family was well connected, and upon the girls' return from Europe they hobnobbed with Washington politicians. Julia claimed that a married congressman, Millard Fillmore, had flirted with her. But that was nothing compared to how smitten President John Tyler would become. Tyler was married when he met Julia, but his wife was paralyzed due to a stroke and she would die shortly thereafter. Julia and her family became close friends with Tyler's family, and just five months after his wife died, John asked Julia to marry him. She turned him down---several times---before finally accepting after her father was killed when part of a boat exploded.

Julia was 30 years younger than John Tyler, but that doesn't mean he dominated the relationship. She liked to sleep in, and Tyler would bring her breakfast in bed, leading Julia's mother to worry that she was being too hard on the older man. That's right: The president of the United States took time out of his day to serve his lazy wife breakfast in bed.

Julia also took an active role in politics, which was unusual in the 1840s. John Tyler was a strong proponent of the annexation of Texas, and Julia lobbied politicians to support the cause. She once met with anti-annexationist Henry Clay, and they obviously didn't see eye-to-eye. Clay told her he'd rather be right than be president. Julia responded, "Sir, my husband is both." Zing!

It's important to point out that John Tyler was one of the strongest pro-slavery presidents the country ever had, and he favored the annexation of Texas as a means to preserve and bolster the institution. So I can't say that I admire Julia's position, but I sure admire her pluck.

She's not one I'll soon forget.
Posted by Jen Presidentress at 8:28 AM

Email ThisBlogThis!Share to TwitterShare to FacebookShare to Pinterest
Labels: Tyler