I recently brought you the story of my fun-filled trip to Washington, D.C., and today I bring you Part II of that trip: Baltimore!

The Baltimore portion of my trip wasn't quite as presidential, but I managed to squeeze in some presidential history---and a lot of other history, too.

The morning after our jam-packed day in D.C., Becky and I were able to sleep in just a bit before the full day we had planned.

First stop was Green Mount Cemetery, where John Wilkes Booth is buried. His particular grave is unmarked, but it's somewhere in the Booth family plot. I didn't spend much time there because I didn't really feel like paying respects or trying to commune with him or anything. 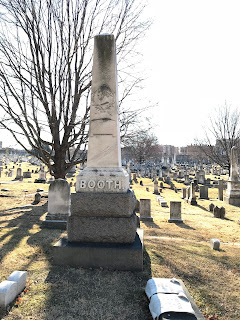 Then we stopped by the grave of someone it would have been fun to commune with: the inventor of the Ouija Board. We had planned on taking a mini Ouija Board (make your own!) with us to try to conjure him, but it was waaaaaay too cold for stuff like that, so we just got some photos and left. 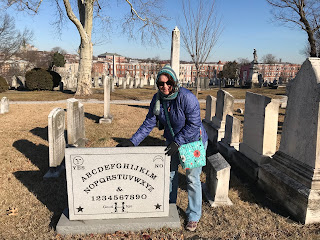 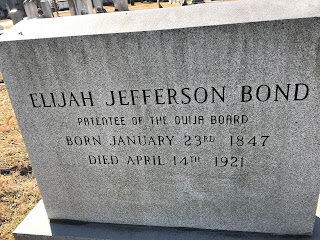 Our next stop was Edgar Allan Poe's grave(s). That's right: It turns out he has two! He was (and still is) buried in a now-decommissioned churchyard in downtown Baltimore. Originally he was buried toward the back in an unmarked grave. At one point someone decided to erect a headstone, but the stone was destroyed in a freak train accident, because somehow that seems fitting. Finally, in the mid-1870s, a monument was created for him. It was too large for the small plot in back, so Poe's body was exhumed and moved to the front corner of the yard. Later, they placed another headstone marking his original burial site, although supposedly (despite a few attempts) that one has never made it to quite the right spot. But apparently it's close enough.

The Ouiji Board also would have been super handy at Poe's grave, but it was still freezing so we took a pass.

Then we headed over to the Babe Ruth Birthplace and Museum. It's a small museum, but it's chock-full of The Babe. It didn't take us long to go through it---probably about half an hour---but it was worth doing. 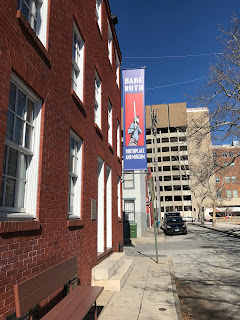 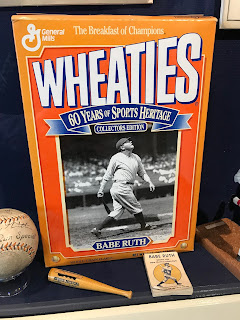 Then it was on to another, even tinier museum: The Edgar Allan Poe House. This museum is literally three rooms. Three very, very, small rooms, connected by very, very tiny, narrow staircases. Obviously it doesn't take long to get through that museum either, but it had a really cool feel to it. It was sort of eerie, in Poe-like fashion. 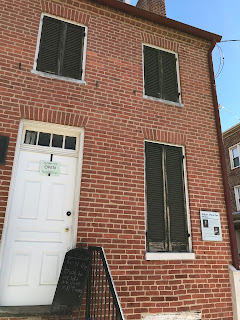 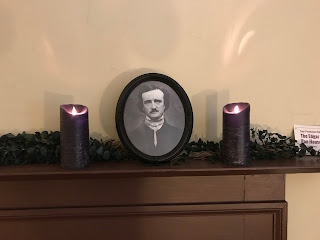 After that, we headed to Lexington Market, a huge and bustling and kind of crazy indoor market that has been operating since 1872. We went there because I wanted to try a crab cake, I figured Baltimore would be the best place for it, and I trusted Becky to take me to an iconic place to try one. We decided to split one, in part because they're huge and in part because I wasn't sure I'd like it (I sort of hate seafood). Verdict: It was really good, and I'd have one again! 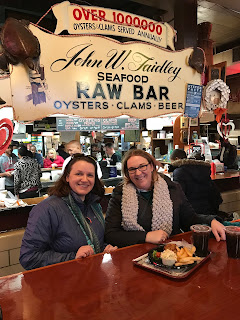 Then we made one more Poe stop: a statue of him sitting and looking pensive. Becky insisted it was okay if I sat on his lap, so I did. Unfortunately (or fortunately, depending) it appears as though we're engaged in some steamy behavior. 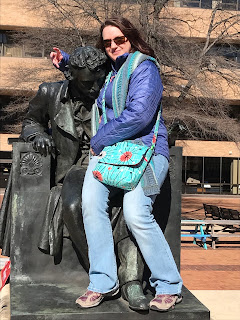 Before Becky took the photo, she asked if I wanted her to remove a piece of large red trash from the base of the statue. Upon closer examination, we discovered it was one of those painted rocks people hide. I brought it back home and left it at a local historical marker about Eugene V. Debs. 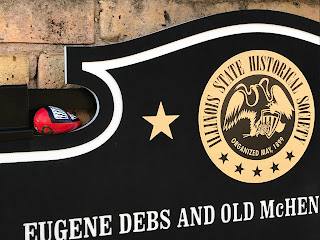 But back to Baltimore. Later that afternoon, Becky, her husband, kids, and I went to a local bar/tasting room that has a play area for kids. (It's a lot easier to drink when the kids have something to do!) The play area has shelves with free books on them, and while we were browsing Becky revealed to me there's a place called Book Thing that's like a used bookstore except everything is free. I repeat: ALL THE BOOKS ARE FREE.

I insisted that Becky take me there immediately.

Turns out the place was right across the street from where we were. I perused the American History section for a while until I realized there was an entirely separate section devoted to presidents. I wound up leaving with four books (three presidential, one kid's book about the Gilded Age), and I would have taken more if I'd had more time and more room in my suitcase.


The next day was a lot more laid-back, but we still managed to work in some history. We started the day with a screening of The Sound of Music at a beautifully restored 1920s theater. I couldn't stop staring at the lobby---it was gorgeous! 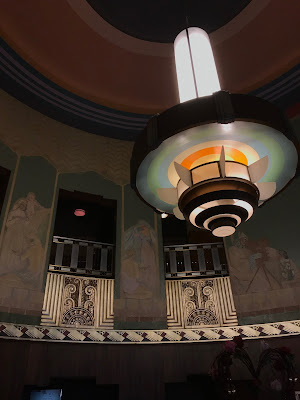 Then that evening we went to a place called the Owl Bar in what used to be the Belvedere Hotel. The bar was a hotspot during Prohibition, and the blinking owls above the bar would signal to people whether or not the booze was flowing. 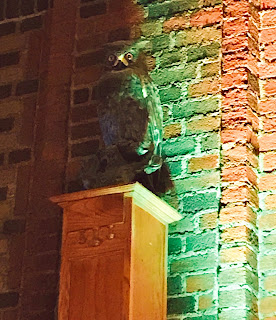 Lore has it that once Prohibition ended, H.L. Mencken had Baltimore's first (legal) beer at the Owl Bar. Also, F. Scott Fitzgerald was supposedly kicked out of it, though I imagine several establishments share that honor.

The ambiance is awesome, as is the food and especially the drinks.

On the way into the bar, there's a corridor plastered with photos of famous people who had stayed at the hotel. Included are pretty much all 20th-century presidents through Kennedy. (Or maybe LBJ---I got tipsy and can't remember.)

What I remember very clearly is that the photo right next to the Owl Bar sign is none other than Warren G. Harding, who very well might have sipped some hooch under the gaze of the blinking owls. 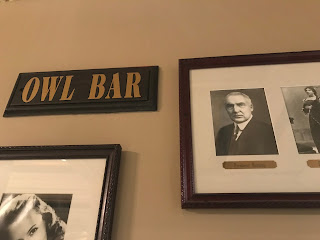 Becky has been telling me for years how cool Baltimore is, and now I can confirm that she wasn't just making stuff up to get me there. I will definitely be going back, only next time I'm taking a large empty suitcase to fill with books.
Posted by Jen Presidentress at 6:23 AM