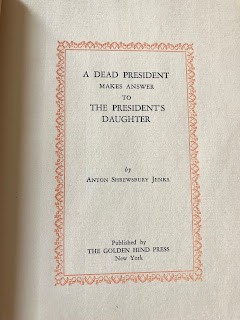 I have discovered an amazing piece of 1920s fanfiction.

I can't remember how I stumbled upon the existence of this book, A Dead President Makes Answer to the President's Daughter, but when I did, I knew I had to have it. I couldn't find much information about it, but the idea that it involved a deceased Warren G. Harding discussing his alleged mistress's book was too good to pass up.

Unfortunately, it's not still in print. The book, written by Anton Shrewsbury Jenks, was published in 1928 by the Golden Hind Press, and is not readily available. Thankfully I was able to find one (in decent shape, no less) for a reasonable price on Amazon.

Some quick backstory in case you're not familiar: Warren G. Harding had at least two well-known affairs. One of them was with a woman named Nan Britton, who, after Harding's death, wrote a book called The President's Daughter to reveal the truth about his having fathered her child, and also as a means of supporting that child, as Harding had not left an inheritance for them.

Britton's book, published in 1927, understandably caused quite a stir. The book was considered so shocking and lascivious that Britton had to self-publish it, and authorities attempted to ban its sale. So naturally, it became an instant hit.

That brings us to this gem, published just months later: A Dead President Makes Answer to the President's Daughter. 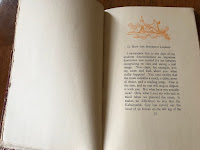 I was surprised by how small this book is: 94 pages, but the story doesn't really begin until page 15, the type and margins are large, and there are a lot of blank pages. I read the whole thing in well under half an hour. But that's okay because I realized I was holding an early-20th-century equivalent of McSweeney's-style satire. And it is phenomenal.

The premise is that the author (Jenks) is visiting relatives with his wife and children, but he decides to return home alone for the night. When he gets home, he plans on having a drink but finds the frigidaire has broken down and isn't producing ice, so he decides to go to bed instead. That's when his wife's book, The President's Daughter, catches his eye and he decides to read it.

He becomes enthralled with the book, but after a few hours he also feels physically uneasy, as though something is in the room with him. That's when he realizes the ghost of Warren G. Harding is sitting in his bedroom.

The two men get into a lengthy conversation about the book and the question of Harding's alleged child. Harding seems despondent at not knowing what to think, and he reveals that it was St. Peter himself who alerted him that he had a child. It turns out that there are two levels of heaven, and the higher one is reserved for those who had offspring. If Harding is able to become convinced that the child is his, he will be able to move to that higher heavenly level.

Now, at this point I was confused because the whole premise of Britton's book is that Harding did know about the child. So how did this ghost first hear about it from St. Peter?

I turned the page to find that Jenks wondered the same thing, and that's what he asked Harding: Didn't you know? Harding's response is basically that he let Nan believe that he believed her, but he wasn't really sure what to think. Jenks asks if he believes Nan was with another man, and although Harding is offended that Jenks would question Nan's honor, at the same time, he can't rule out the possibility.

"I worried constantly about her. Whenever we met I kept warning her. I wanted her to exercise the greatest care as to where she went, dined, and slept. God knows I wanted her all to myself. But how could I honestly believe that she was all mine when I saw her so rarely and the world seemed to want her so much?"
With these words the dead man's head sank into his arms. He was weeping softly and bitterly.


Ultimately, Harding cannot know for sure whether the child is his, and he also decides the upper level of heaven is probably too pious anyway and he's better off staying where he is. Then he disappears.

Shocked by what had just happened, and also overwhelmed by the sudden odor of decay, Jenks rushes back to his relatives' house. He arrives in time for breakfast and regales them with the story of meeting Warren G. Harding's ghost. His wife, less than pleased with the whole thing, doesn't believe he had a supernatural encounter. When they get home, she realizes the broken refrigerator is leaking ammonia, the source of both the smell and the hallucination. The book ends thusly:

"But the conversation!" I lamented. "Surely you don't think it utterly valueless?"
She shrugged her pretty shoulders.
"It depends on what people will pay for that sort of thing. You should be able to sell a million copies of that conversation at a dollar and a half a copy."
And the rest is history, as they say.


Frankly, the whole thing is brilliant. The quick turnaround to take advantage of a hot topic, some "charming" 1920s misogyny, subtle references to Harding's lack of culture, several tongue-in-cheek references to the importance of "a Senator from Ohio," the trolling at the end... It was truly glorious. 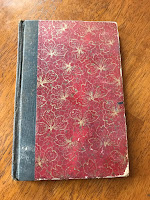 So who was this Anton Shrewsbury Jenks? I have no idea. I suspected it was a pseudonym because it just sounds like a pseudonym, and when I looked him up I discovered my suspicions were correct. In the book, Jenks refers to himself as a journalist, but there seem to be no records of anyone with that name, other than this one book. There is speculation that Jenks might really be Samuel Roth, publisher of erotica, political exposés, pornography, and more. Roth appears to have thrived on running afoul of the law and was imprisoned at least five times for distributing obscene literature. He even found himself a potential witness in the Alger Hiss trial.

Thanks to recent DNA evidence, we know that Warren G. Harding was, indeed, the father of Nan Britton's child. If that means he has now made it to the higher level of heaven, I hope it's not too boring for him.
Posted by Jen Presidentress at 2:47 PM